BEM - Naming made a little easier

The field of computer science is moving forward at an extraordinary pace. The phone in your pocket is becoming much more advanced thanks to these feats of engineering. The greatest challenge that everyone faces, however, is coming up with names in programming. Despite the massive accomplishments in AI and machine learning, the most difficult part of these tasks are, I believe, coming up with good names. BEM does not solve this issue, but it makes it easier by many degrees, and with the addition of a CSS preprocessor, it can make your CSS-code more readable and hierarchically sound than before.

So what is BEM? BEM is an acronym of the key elements of its main principles; Block, Element and Modifier. Let's explain each of these, and see how they can be utilized for a more consistent naming scheme for your CSS-classes. 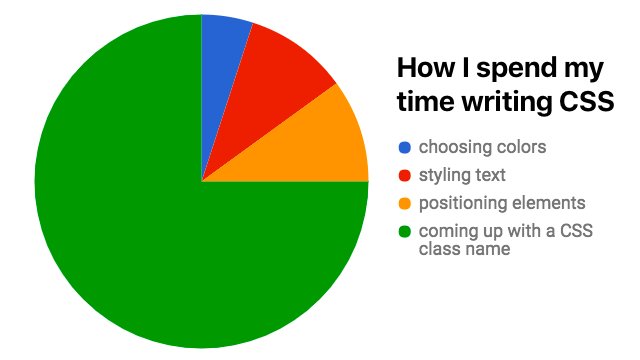 Block, is a standalone entity, that in and of itself has an intuitive purpose. Examples of this could be, button, input, menu and header. These are standalone components that do not require any additional naming to be understood with regards to how they operate.

An Element is a part of a specific block. Meaning, without the _block, it starts to lose its meaning and its close attribution to the block is what makes it encompass a semantic tie to the block. An example of an element is item. item does not say anything meaningful about what you are giving CSS rules to. However, tied with a block, e.g. menu item, gives it a necessary context. Which in turn, provides guidance for the developer to its context, thus aiding in visualizing its implications.

The Modifier is self-explanatory (or autological if you want to be fancy). It described how something is modified. With regards to buttons think primary, danger and success. Similarly to Element, it does have a strong association with a Block, but could also be used to describe modifications done to an Element.

By combining these three principles, one could use this hierarchy to name things more logically and consistently. To combine these, an Element is prepended by two underscores __, and a modifier by two dashes --. Which leads to the syntax: Block__Element--Modifier.

Thus, when for example describing a menu, the wrapper is named menu and each menu item is named menu__item. If one of the menu-items is disabled, it will be named menu__item--disabled. By following these principles for giving class names, specificity remains low. Meaning, how the browser applies what CSS values to apply. By keeping it low, hopefully, your code behaves more like you think it should. Thus keeping "sledgehammers" like ID and !important out of the picture.

The examples consist of three Blocks: menu, page-content and button. menu, for example, has an element called item which could be in the modified state of disabled. By using the nesting capabilities of SCSS, the code gets a tree-like structure with regards to its logic, and making edits to specific modifiers and element while containing a base-block is how BEM really shines.

BEM does not entirely solve the problem of naming. However, it enhances the readability of code, keeps the specificity low and helps by making your CSS-class names more consistent. Thus, your life becomes a little easier and your code a little bit simpler to understand. Subsequently, your components are more flexible and easier to modify. Adopt BEM in your codebase, you will not regret it.

Read more outside the calendar